While sailing around the Saronic Gulf you’ll get a chance to immerse yourself in the immense cultural history of the Greeks. Expect to find sloping towns full of churches, monasteries, and ruins contrasted with hip waterfronts buzzing with contemporary activities. There’s so much to explore and discover, you’ll be eager to sail back again and again. 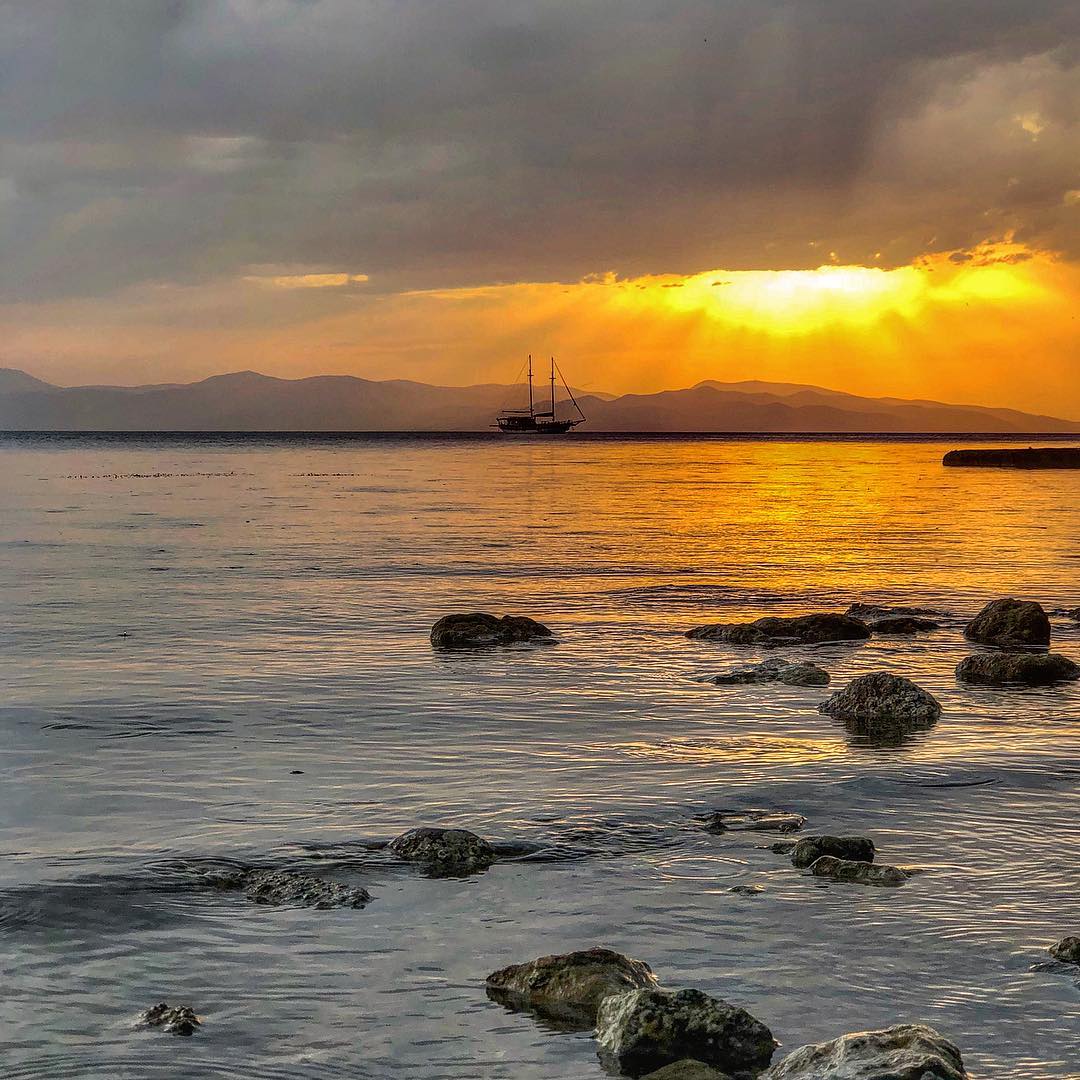 On the first day of your Saronic Islands chartered yacht trip, you’ll set sail from the southwest coast of Athens. After traveling 18 nautical miles through the Saronic Gulf, you’ll arrive in beautiful Aegina.

As the largest and most popular island in the Gulf, there are tons of things to do here: bathe in Souvala Beach’s thermal springs; sample the island’s famous pistachios; or enjoy a fruity cocktail at Barracuda Beach Bar during sunset. Archaeology lovers will also revel in the island’s historic sites, which include the remains of a Byzantine city and an ancient temple dedicated to the goddess Aphaia. 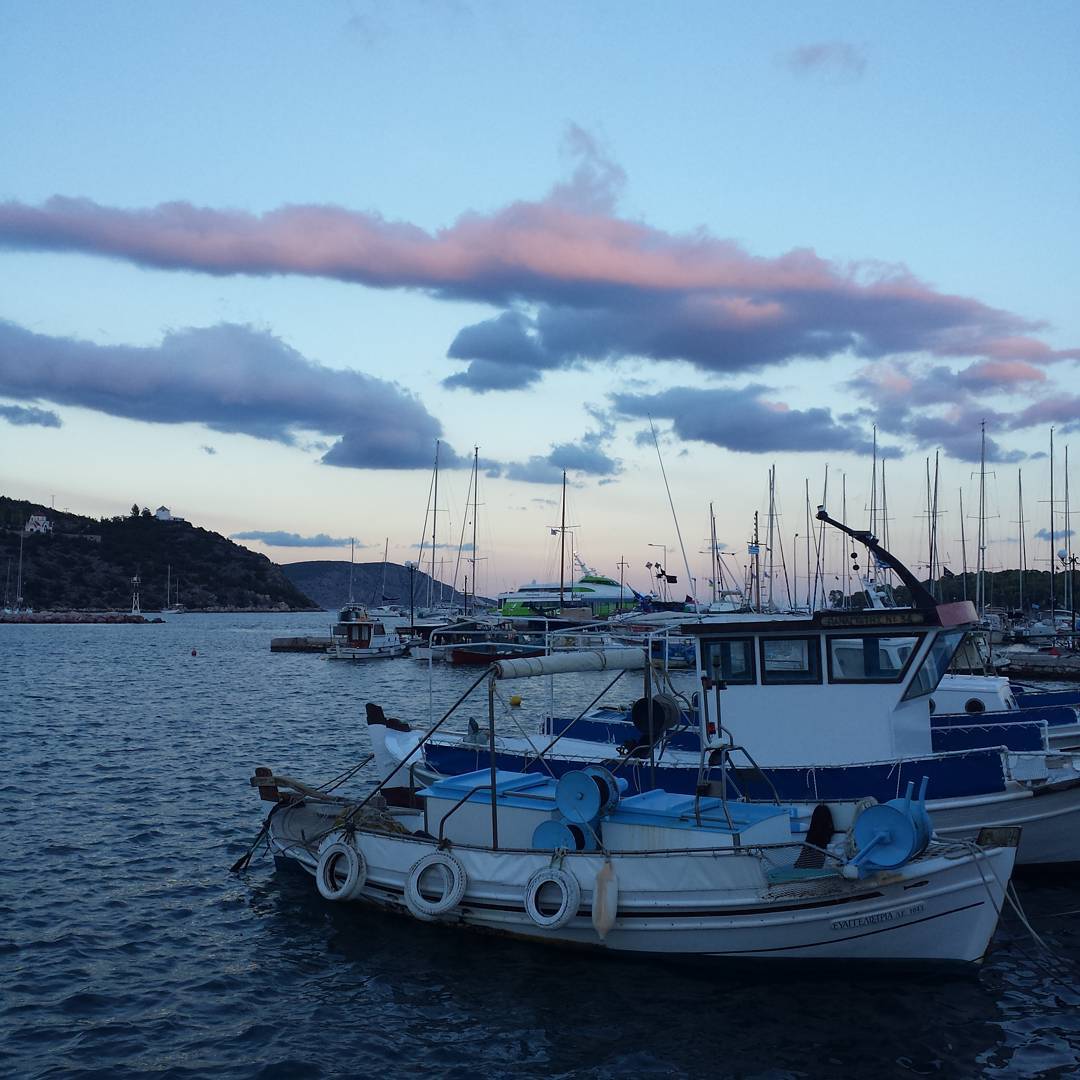 Emerging from the longest distance of your yacht trip, you’ll end up in the port town of Ermioni, on the south side of the Argolid Peninsula. Built up into the sloping hills, Ermioni’s liveliest area lies down by the main marina. Chic cafes and tavernas are open day and night during peak season, allowing you to celebrate your vacation until the wee hours of the morning.

However, the star of Ermioni lies beyond the main town. A pine tree forest called the Bisti, takes up the entire eastern half of the peninsula. Here you’ll find the ancient ruins of temples to both Poseidon and Athena, a small church, an old lighthouse, and a windmill to explore. 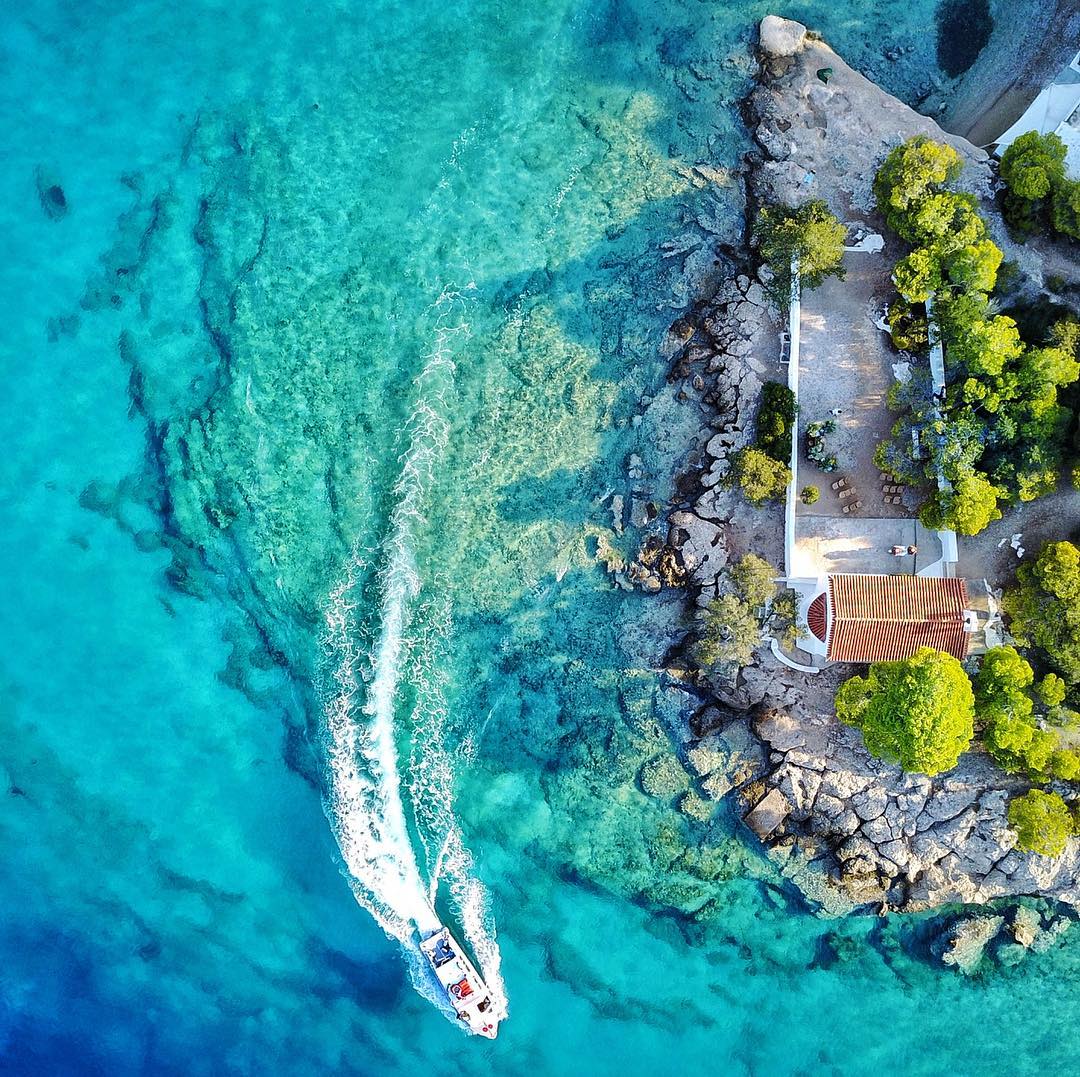 Discover where wealthy Greeks unwind on the island of Spetses. Visiting during the Armata Festival in September will give you a rare glimpse into an island tradition complete with waterborne reenactment of a naval battle. Only 10 nautical miles away, the “Tycoon’s Playground” also has an annual Yacht Regatta in June, which you can enjoy with a drink in hand at Kaiki Beach Club. Pricey restaurants serving the region’s signature fish and grilled octopus dishes line the waterfront. Amazingly, cars are not allowed on the streets of Spetses Town. Instead, you can enjoy a horse-drawn carriage ride around Dapia Square—the hub of tourism on the island. 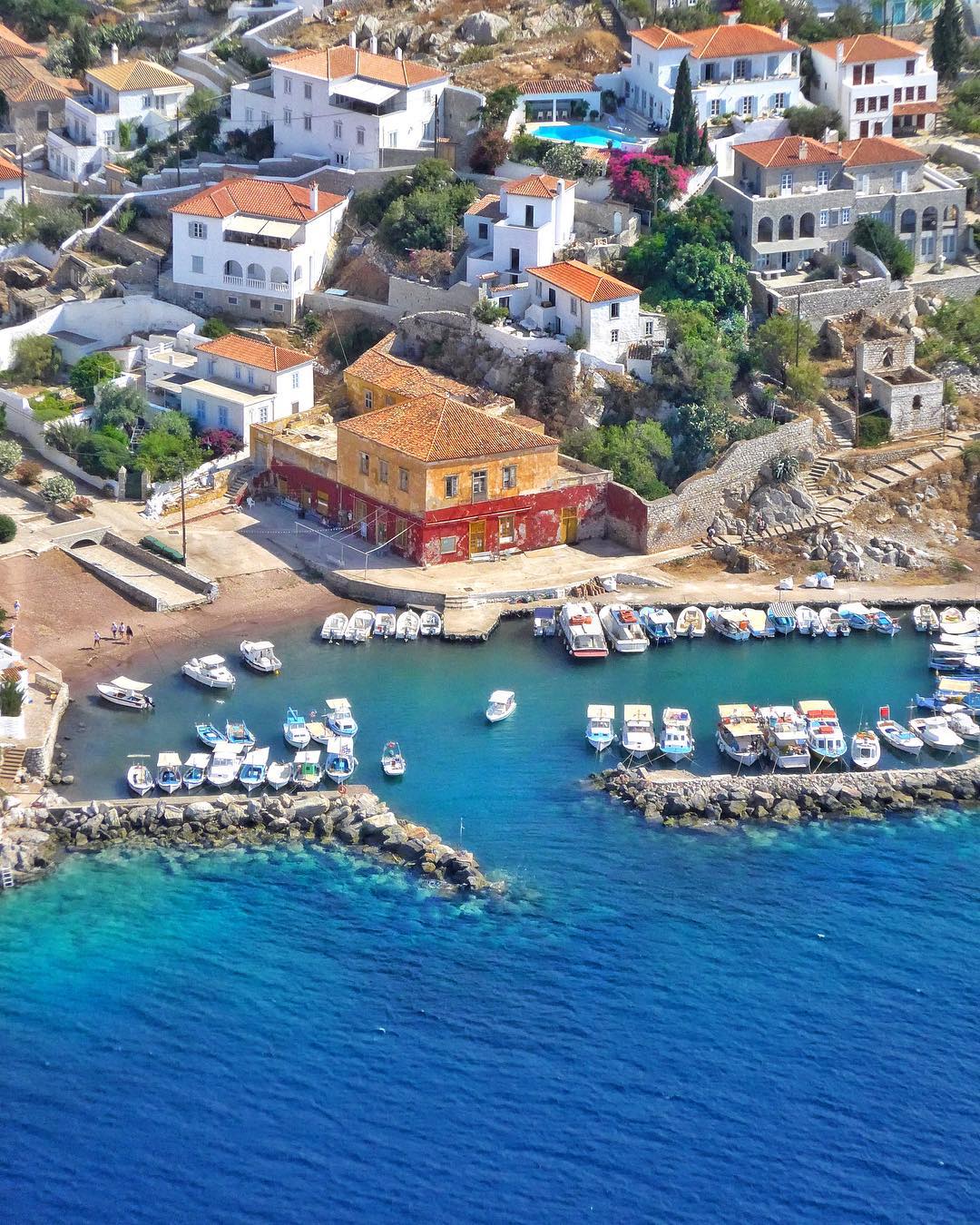 Hydra has attracted artists and musicians the world over, ever since it served as the location for Boy on a Dolphin, a Sophia Loren film from the 1950s. Although the island still lures the rich and famous, many of its preserved stone mansions now stand as museums, archiving the island’s modern and ancient history.

Considered one of the most beautiful and romantic Greek islands, Hydra’s charm comes from its simplicity. Dozens of shops, restaurants, and churches surround the main port in twisting alleyways filled with colorful flowers. Adding to its charm are the transport donkeys who navigate the streets, as they’re too narrow for most vehicles to manoeuvre. 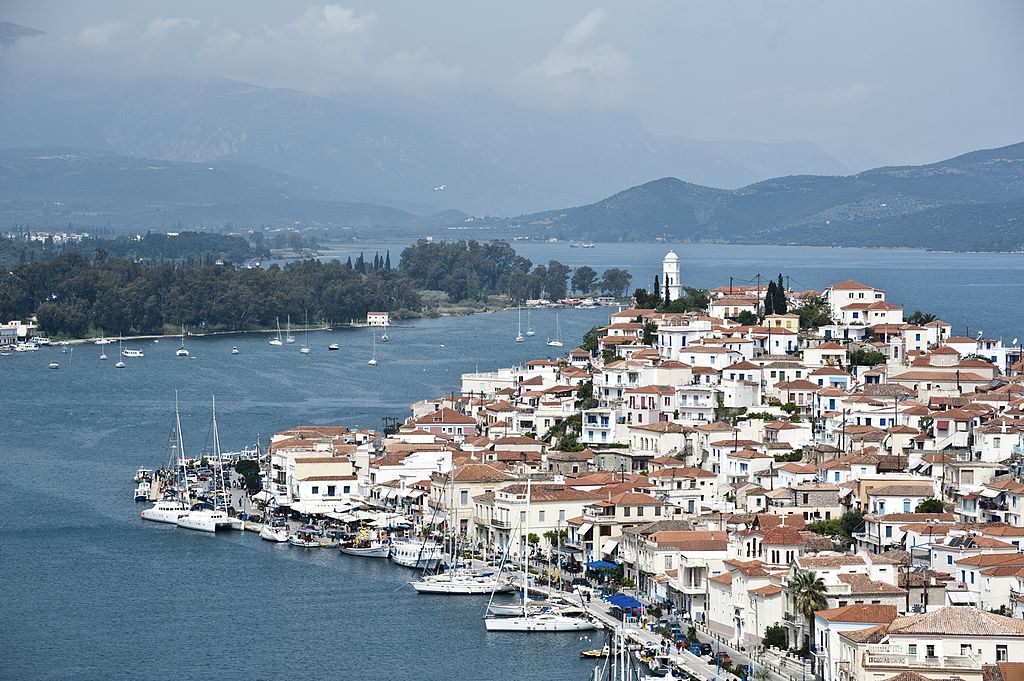 Poros merges beach living with a rich culture. Around the southern port, where the two pieces of island join by bridge, restaurants, beach clubs, and cafes serve traditional Greek mezes accompanied by live music. Askeli Beach and Love Bay are central attractions of the island culture, with resorts renting loungers and umbrellas for sunbathing.

Scattered across Poros are a dozen or so churches like the Ekklisia Panagitsa, home to a clock tower with a panoramic view. Poros also boasts important historical Hellenic sites like the Poseidon temple, which was built in the 6th century BC. 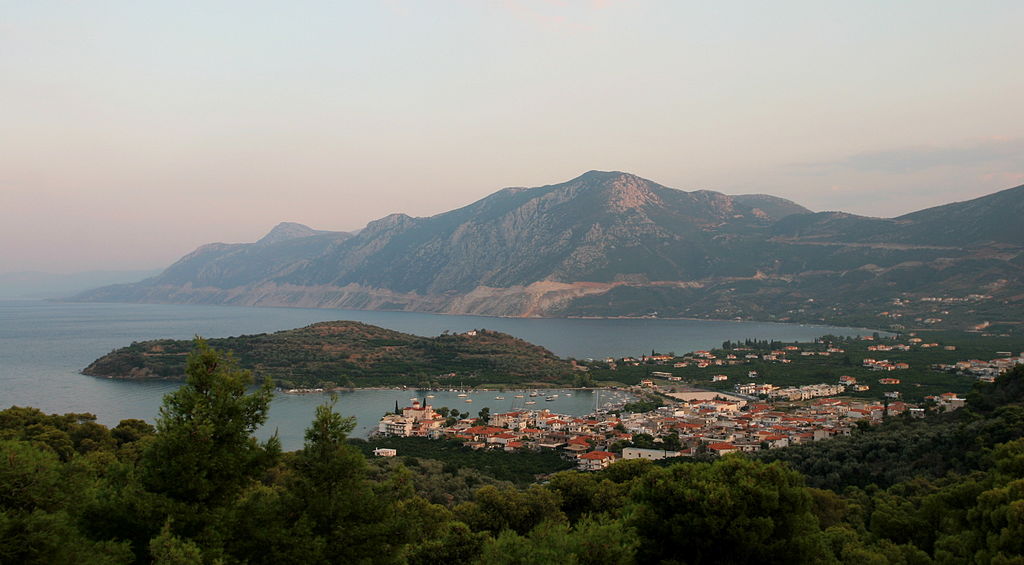 Home to one of the most important archaeological sites in the Saronic Gulf, you’ll find an entire ancient complex in Epidaurus complete with amphitheatre, sanctuary, museum, and ruins. Because of its excellent acoustics and intact condition, performances are still held at the amphitheater, including an annual drama festival during the summer.

Other historical points of interest to explore are the Abbey Avgou—a Byzantine monastery built into a cliff slide—and the seven vaulted Mycenaean tombs. However, if you’d rather jump in the crystal clear water for a while, there’s a Sunken City with underwater ruins—perfect for snorkeling. 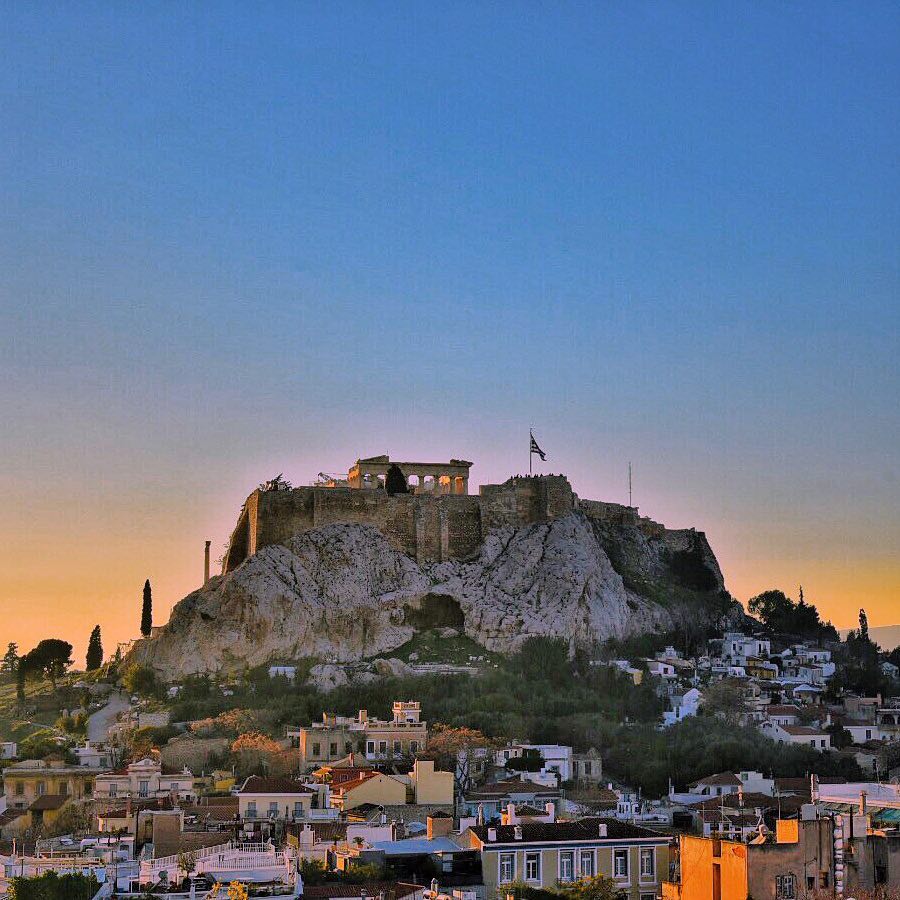 As your trip comes to a close, you’ll find yourself back on the mainland in Athens. For a taste of modern Greek culture, stroll down to the Plaka District and enjoy its quaint, romantic scenery complemented by sidewalk cafes and folk museums. Here you can transition from the relaxed vibe of the islands to the bustling sophistication of a busy cosmopolitan city.

Athens is also home to the Panathenaic Stadium—where the first modern Olympic games started—and the Odeon of Herodes Atticus, which was built in the 1st century AD. Although these structures are impressive, no trip to the Mecca of Greek mythology would truly be complete without a tour of the Acropolis. It’s there on the famous citadel-on-a-hill where you’ll find the Parthenon and several smaller ruins surrounding it.

Leisurely island life and cities steeped in history await you in the Saronic Islands.

From Beaches to Castles on a Dodecanese Yacht Charter Itinerary

OTHER AREAS WITHIN MEDITERRANEAN